About us
Our story
Vision
Executive Team
Services

As the season and the championships are over across Europe and the Champions have been determined, the interest in Supporters Gear - starting from Team’s tshirts - is at its peak.
On Amazon, many famous and international clubs have already opened their Store on the Channel and considering the just finished regular club season, we have pointed out the results about Teams’ Gears on the main five Amazon Marketplaces. 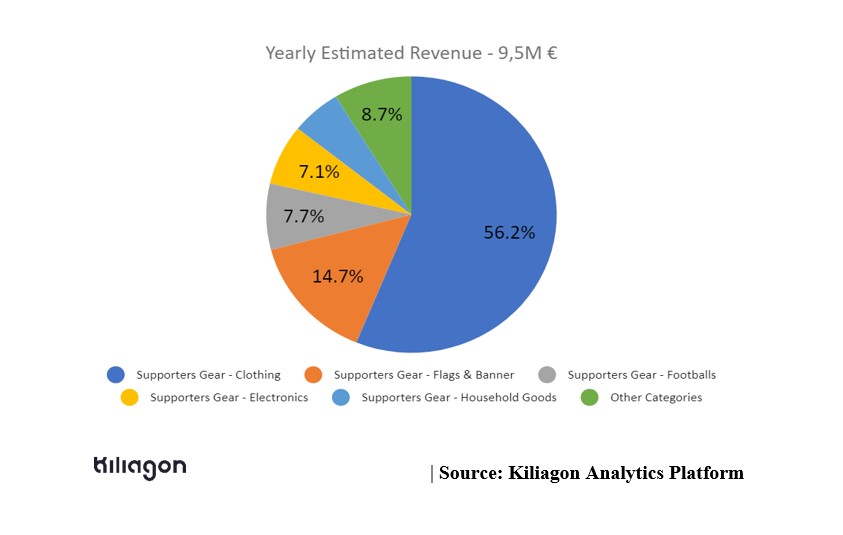 9.5 million euros is the yearly estimated revenue in 2022 on Supporters Gear of the six main Serie A Teams (Juventus-Milan-Inter-Napoli-Roma-Lazio) on Amazon Italy. More than half of the pie is occupied by the Clothing category, that includes t-shirts, shirts and official pitch uniforms. The product that generated more revenues is the official shirt, with almost 2.8M euros per year. It is important to highlight that many Italian clubs do not have an Amazon Store Page yet, therefore this business is mainly handled by third part sellers or reselling channels that have realized how powerful this marketplace is.

Looking more in depth at the Shirts, the bestseller product of the main Italian Teams, and enlarging the perimeter of the perimeter of the quantity of products analyzed, there is a yearly estimated revenue of more than 6 million euros in 2022, with five teams only that generate almost 4.5 million euros revenues. (Milan, Juventus, Inter, Napoli, Roma). Milan is the leader with € 2,722,440 yearly revenue and a monthly revenue of € 226,870. 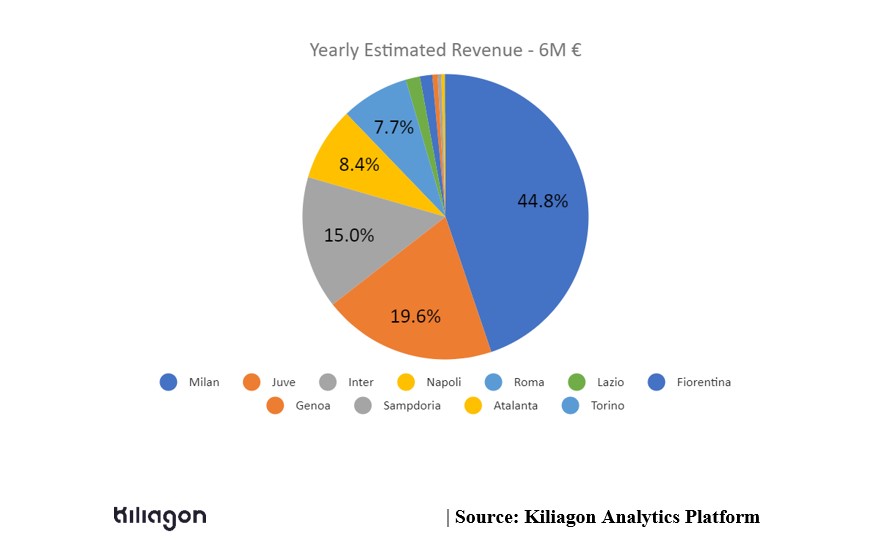 Focusing then on the European Amazon Marketplaces and the main teams across Europe. These are the results of the analysis that took in consideration the top 15 products sold in Europe. 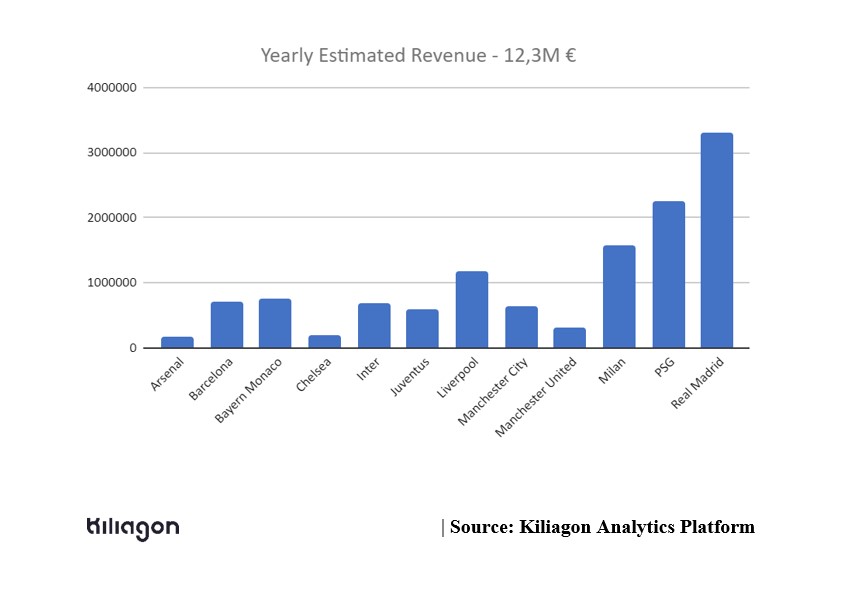 Real Madrid and PSG have the highest yearly (3.3 million and 2.2 million euros) and monthly (276k and 187k euros) revenue; Real madrid had also the highest growth compared to 2018 results (+408%).
An interesting data to notice in that there are two teams that have generated more revenues in a foreign country rather than in their home country: PSG in Germany and Manchester United in France. 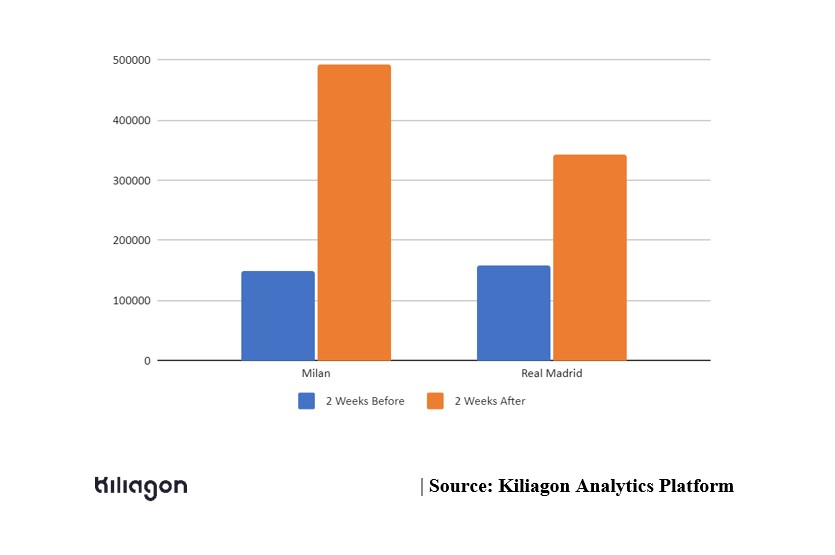 Considering the huge results in terms of revenues across the European Marketplaces, Team and their marketing departments should be taking into account opening a dedicated Page on the Amazon Channel to increase the incomes on Gears and present the team’s identity to the platform users.